Making it easier to find, compare and choose restaurants

From research it was found that the main first thought a user has when ordering food for delivery, is the type of cuisine they’d like to order. Sometimes this means the user is set on one cuisine in particular, sometimes it means the user has a few cuisines in mind and would like to explore and compare cuisines.
Originally cuisines were hidden behind one of the icons in the top app bar. To make the process of finding a restaurant easier and faster for the user, I brought the cuisines to the front of the interface, easy to find and quick to interact with at the top.

The cuisines displayed horizontally are the top 6 most popular cuisines, giving the user a quick and efficient way to find restaurants they’re interested in. At the end of the horizontal scrolling list there’s a call to action to view more cuisines, opening up a full “Choose cuisines” page.

Testing and analytics on  the iOS app showed the cuisine carousel is expected to provide over 400.000 additional orders yearly (iOS only). The improvements were released on iOS initially and rolled out to Android and Web later.

Note: The live apps have received design changes that are not my work. 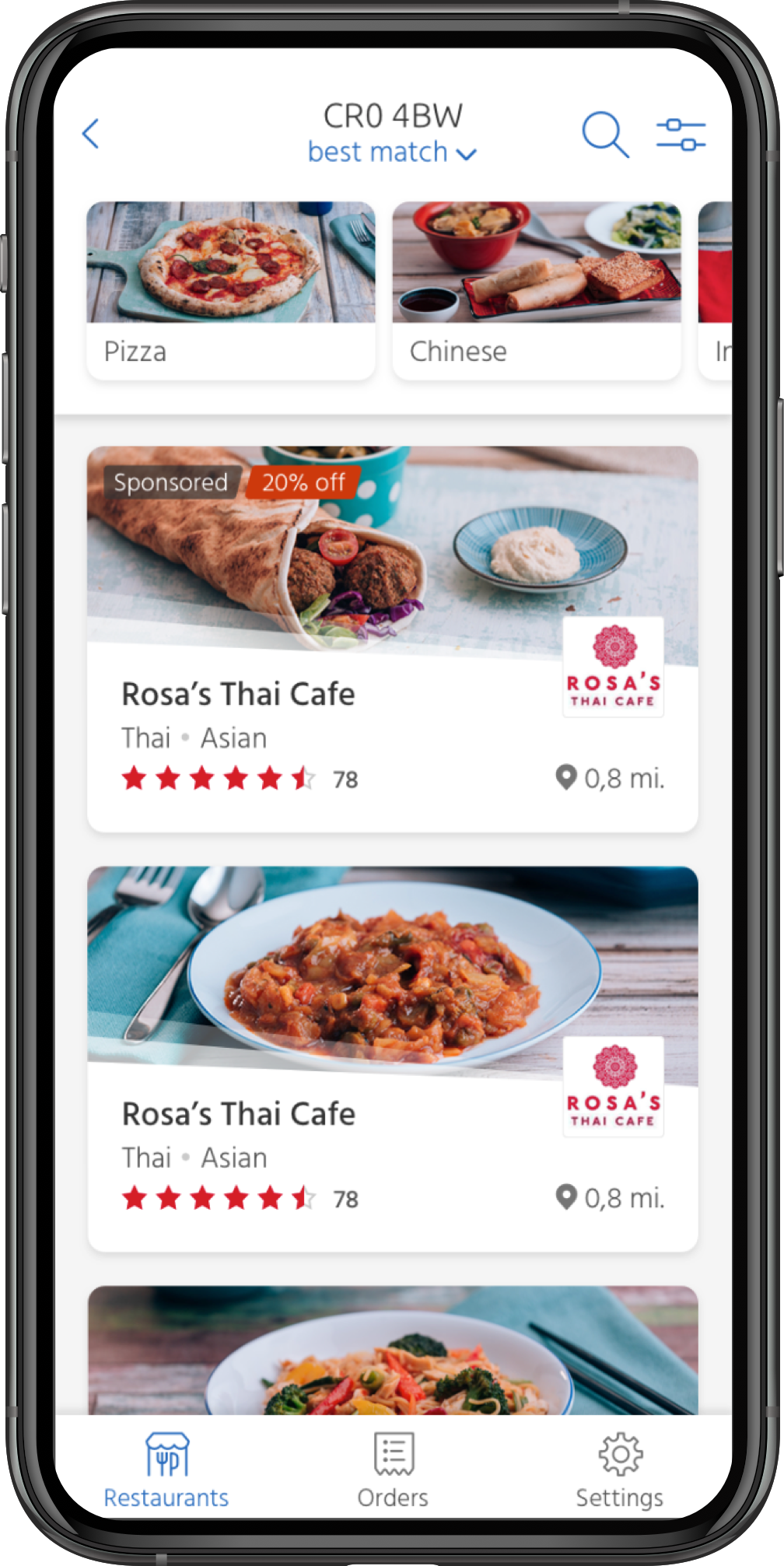 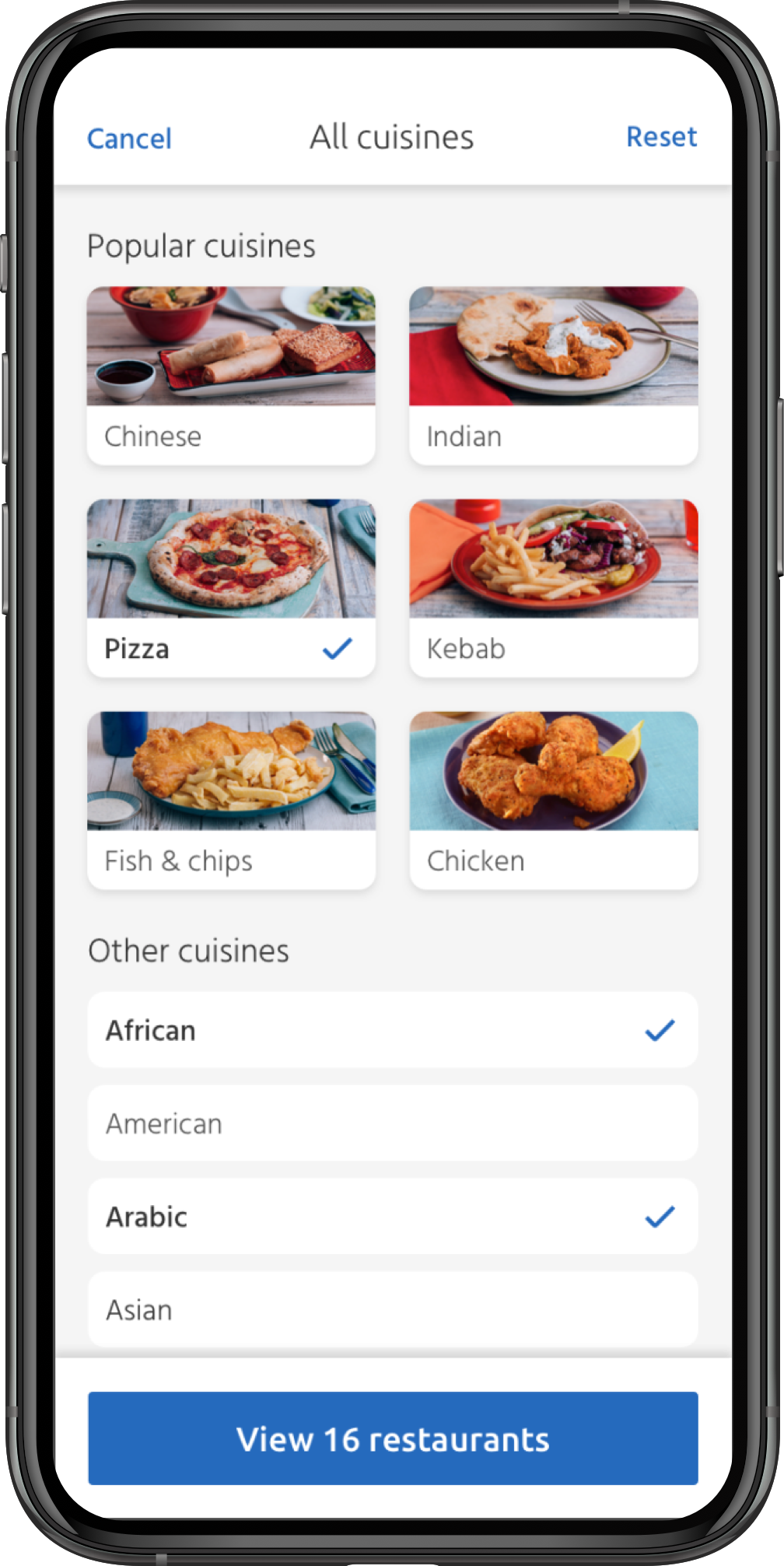 A lot of data points – not a lot of space

Another element was the design of the individual restaurant listings.

The then-current design had been in use for years without any attention, while more and more data points were added to it overtime through experiments. This made for a hard-to-scan layout that was creating various issues visually and aesthetically it made the page feel outdated.
From “New” tags to “Promoted” and special offers, there was many different types of required and optional tags needing to live side by side.

The new design makes the restaurant listing look less information packed and easier to scan, brings the design language to the now. The layout is designed to be flexible to support many types of data points in various combinations. This makes it easier to run any necessary experiments, without sacrificing the user experience.

Testing and analytics on  the iOS app showed the new design is expected to provide over 650.000 additional orders yearly (iOS only). 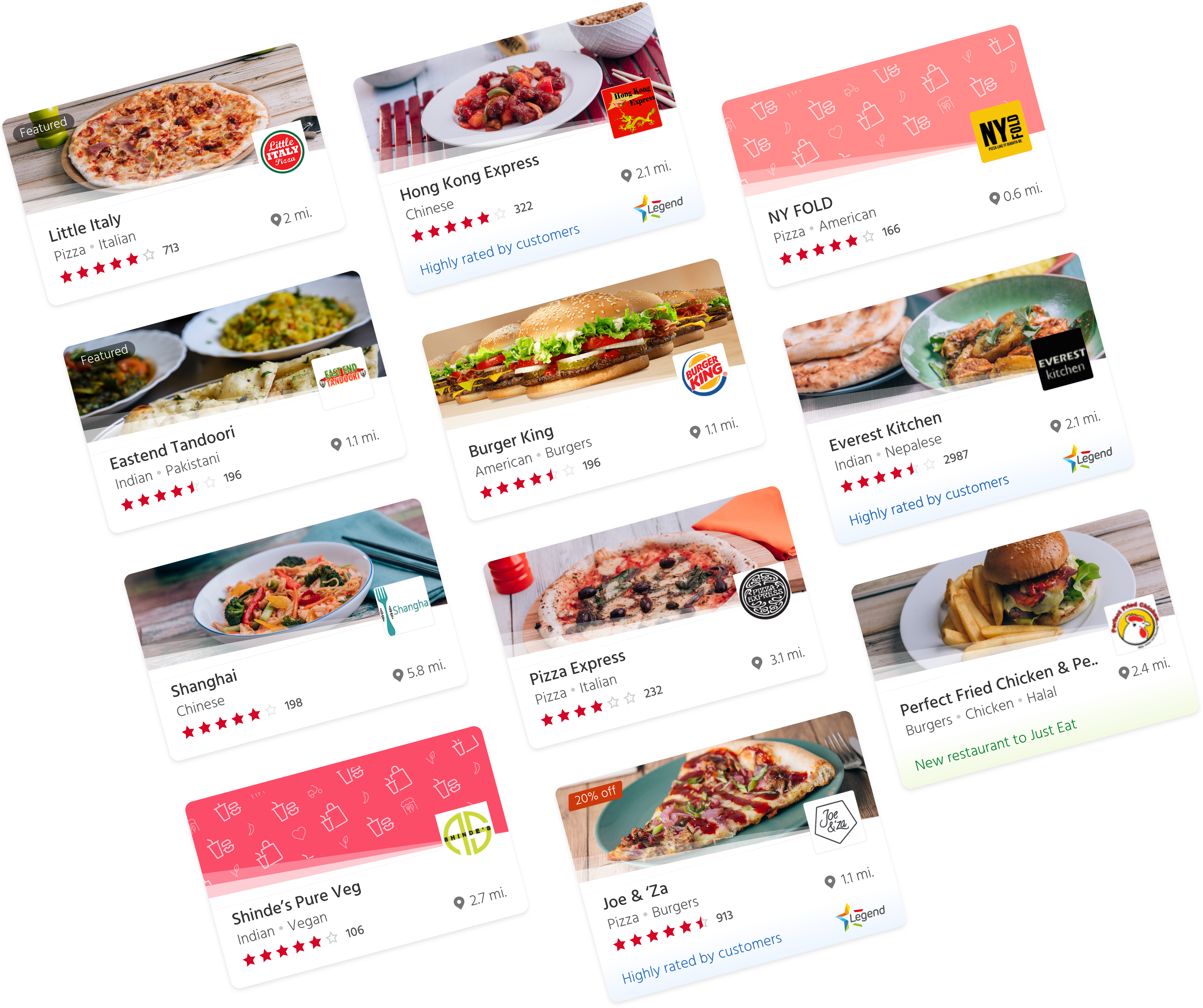 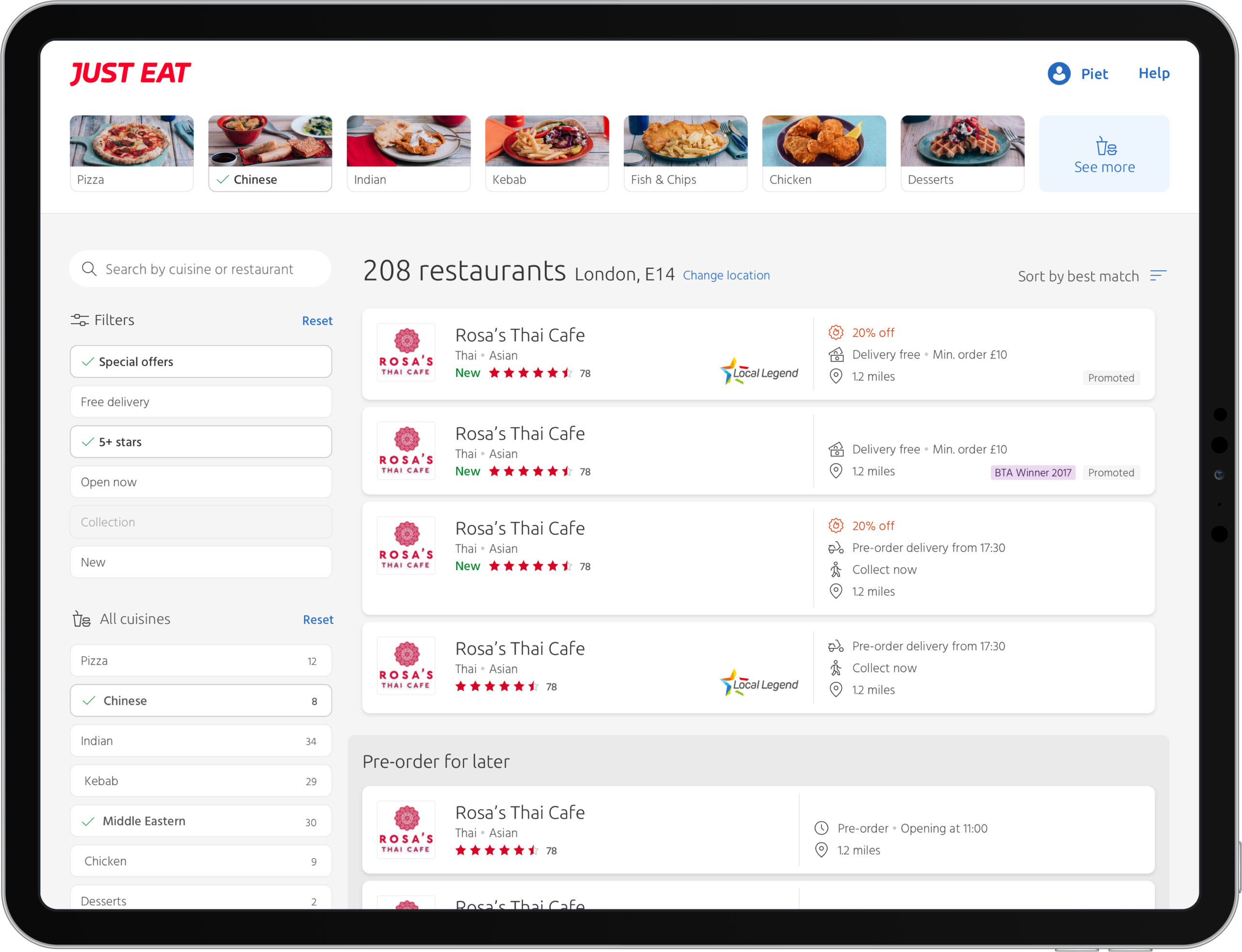 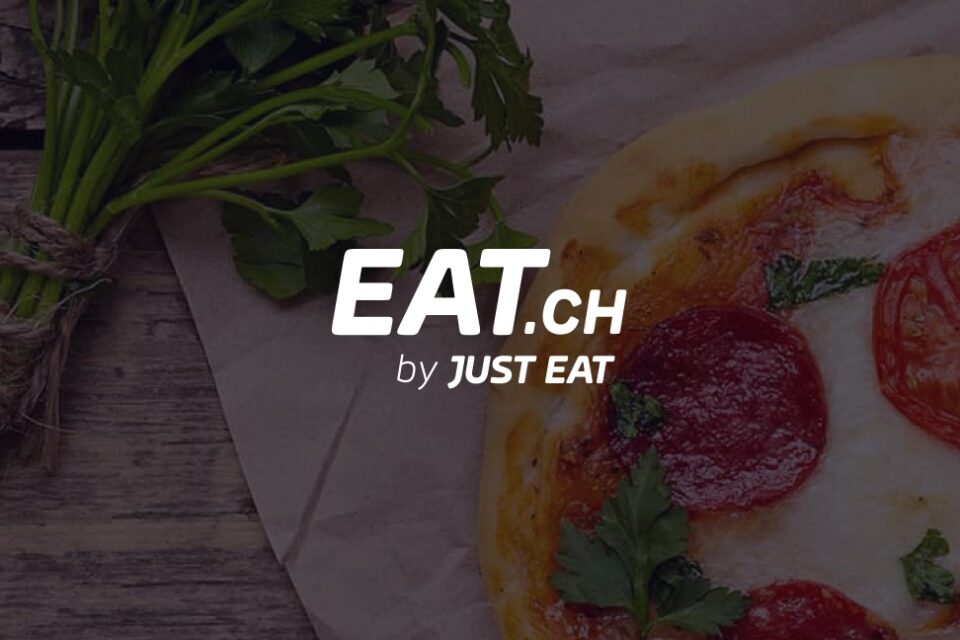